Shannon Kavanaugh | The Politics of Hate and the Power of Story
3807
post-template-default,single,single-post,postid-3807,single-format-standard,qode-quick-links-1.0,et_bloom,ajax_fade,page_not_loaded,,qode-child-theme-ver-1.0.0,qode-theme-ver-11.1,qode-theme-bridge,wpb-js-composer js-comp-ver-5.1.1,vc_responsive

The Politics of Hate and the Power of Story

03 Mar The Politics of Hate and the Power of Story 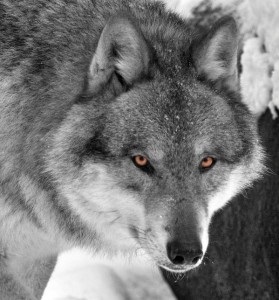 Yesterday was a scary day not just for me personally, but for our country.

For me, it started like any other, catching up on news and work. What followed was a series of events regarding politics which culminated in me being called a “stupid fucking bitch” with a threat of tying me to my bed to “hate fuck” me from a guy who’d been courting me for two weeks.

As a writer and editor who works on social media, that’s how it all began. Prominent in my feed and trending was a video of a young black woman being brutally harassed at a political rally. Like many, I was horrified that this is still happening in 2016. I know they were wearing trucker hats and carrying iPhones, but these images felt like they were from another time, a dark time, a time I thought our country had progressed away from knowing what we know now.

From there I clicked on an article about authoritarianism. I was seeking information which might educate me on the mentality of hate and how it manifests in our world. I believe that the only way to fight ignorance is with information and stories of compassion. In my research I discovered that the desire and acceptance of authoritarianism is born of a mentality that has led to historical genocide; murders, rapes, mass killings. This mentality is now cropping up in our country at exit polls. This mentality is fear.

From here, I sent a group text to some women who’ve been my friends for the better part of 30 years. I knew that out of six women whom I believed respected me, whom I trusted, that I would probably find one of them who supported Trump. And that one person in my inner circle might help me understand their point of view more clearly. They all knew where I stood because I have not been quiet on social media. I started the text saying that I didn’t want to get into a debate, I just wanted to know if anyone supported Trump. I didn’t hear back for a while and asked if this was a sign that they didn’t want to admit openly that they supported Trump. If that was true, I was interested to understand that as well. But I did hear back. Immediately I was insulted, told I had “awful communication skills” for even asking the question and then I was called a liar.

Hurt and reeling from that exchange I went to my neighbor’s house searching for more information. I haven’t known them long but their daughter spends a considerable amount of time with my daughter and we have been very friendly. The mother is a social worker and her husband is ex-military. They are exceptionally nice and thoughtful people. We sat in their kitchen for over an hour and passionately and respectfully discussed politics. I came to understand how someone can support Trump. I truly heard their passion behind how much they despise the politics of Hillary and why. I listened. I learned a few things. I understood, but still didn’t agree with the idea that Hillary’s ideologies weighted heavier on the evil scale than Trump’s. But at least I understood how they felt they were choosing the lesser of two evils. I understood, but I still could not agree.

I pleaded the case that this wasn’t about politics anymore, but a matter of human rights. I cited examples. I talked about the black girl at the rally, I talked about the KKK and misogyny and xenophobia. I appealed to the notions of freedom and equality; ideals both of them have dedicated their lives to defending. I shared the studies on authoritarianism and fear-based thinking. As respectfully and passionately as I knew how, I appealed to their sense of compassion and logic. And still, I walked away knowing that nothing I said would change their minds.

This was a dark moment for me. The belief system which I have based my understanding of the world was shattering. I had come to believe that most people are good and reasonable, and that “the arc of the moral universe bends toward justice.” My sense of safety in this world is built on the idea that the forces of compassion and love will win over anger and hate in the long run. And suddenly, my sense of safety was gone. I was terrified. Then again, I was also no longer confused how a young black woman in 2016 could be pushed, shoved, kicked and insulted out of a political rally because of the color of her skin.

But my day didn’t end there. Late that night I started texting with a man who’d been courting me for two weeks. A man who’d showered me with compliments and doted on me with homemade meals. I told him about my day and we started discussing politics. Eventually he said that Muslims needed to be kicked out of the country because they’ll never be “americanized”. Then he said that ALL Muslims are oppressive toward women and that as a self-proclaimed feminist I was “delusional” to support them. I told him he was ignorant. That he lacked knowledge about Islam. Then he called me a “stupid fucking bitch” and that he wanted to tie me to my bed and hate fuck me because I’m clearly “insane.”

I lay in my bed shaking. Shaking at what is happening to our world. Shaking that in this ONE, SINGLE DAY my faith in my fellow man had been eroded so deeply that I was afraid to speak my mind anymore. I considered it. Quitting writing. Quitting putting myself out there to be mocked and bullied. I thought perhaps, just maybe, stories didn’t matter anymore. That us writers are just talking to like minds because no one cares to consider those with whom they disagree, everyone too busy defending their own ideologies without the slightest desire to see it from another point of view.

I am not a religious person but I began to pray as a form of meditation. I prayed to whatever force in this world could restore me to a more gentle, loving place. To calm my mind and help heal my hurting heart.

Suddenly, I thought of a Cherokee legend, the story of the two wolves. A grandfather sits to tell his grandson about the great battle inside him — the battle inside all of us — the battle of good and evil. He says they are like two wolves. One wolf is greed, hate, envy, regret, guilt, pride and fear. The other is joy, hope, empathy, generosity, forgiveness, kindness and love. When the grandson asks his grandfather which wolf will win the battle he says quite simply, “the one I feed.”

Right now, we are being spoon fed fear. By the mouthfuls we are being told to hate thy neighbor, build a wall, send anyone who is not “americanized” out of our borders, be afraid, VERY afraid. We are devouring these meals of hate because we do not care to understand the unknown. We are gorging on fear in our social media, in our news cycles, in our TV shows and in our discourse. We are collectively feeding the dark, angry wolf inside all of us… me, included.

I began thinking of all the leaders in history who ran on peace as a platform: Nelson Mandela, Martin Luther King Jr., Mahatma Gandhi… Jesus. And then I thought of all the terrible things which happened to these people at the hands of all those who were afraid of losing their power; all the terrible injustices they suffered out of hate. But I also remembered how their stories have changed the world. How they have inspired so much peace by believing in man’s potential to love each other… if we only take the time to see one another.

Yesterday was a difficult day for me personally and I would argue, our country. We have never felt so divisive in recent history. All of us are saddened, scared, afraid, confused of what is happening in this world and everyone’s sense of safety has eroded, not just mine.

But a story is what provided a salve for my fear, a story which saved me from silencing my voice today. The story of the two wolves and the stories of the lives of people who believe in the goodness of man, who believe in peace and understanding, these stories have restored me with the idea that perhaps hope is not lost, and maybe it will triumph in the end… depending on which wolf I choose to feed.

“Be the change you wish to see in the world.” ~Mahatma Gandhi

“Education is the most powerful weapon with which you can use to change the world.” ~Nelson Mandela

“Father, forgive them, they know not what they do.” ~Jesus