Shannon Kavanaugh | On Settling My Mind and Letting Things Be
3672
post-template-default,single,single-post,postid-3672,single-format-standard,qode-quick-links-1.0,et_bloom,ajax_fade,page_not_loaded,,qode-child-theme-ver-1.0.0,qode-theme-ver-11.1,qode-theme-bridge,wpb-js-composer js-comp-ver-5.1.1,vc_responsive

On Settling My Mind and Letting Things Be

14 Jul On Settling My Mind and Letting Things Be

Where have I been? Better question, or maybe a statement, where I have I not been.

I’ve been riding my bike by the ocean. I spent the fourth of July exactly how it should be spent, with friends on a boat. I treated my parents and my brother’s family to a nice vacation in the Cascade mountains. I blew my kids’ mind with a moped ride. I stifled my gag reflex and took a picture with my ex husband at Kindergarten graduation. I watched my son be inspired with his first taste of BMX racing. I went to an ironic art show about penises. I saw the sun set and a full moon rise at the same time while on the Pacific ocean. I smoked cigarettes with a very sad man on his back porch while comparing divorce war stories which were so different and yet eerily similar. I adopted two kittens. I had long, hopeful, but sad phone conversations with a friend in another state from long ago who was in the hospital for six weeks with an infected leg and trying to stay clean off meth. Sadly, he was in so much more pain than physical and he’s lost now. I met some amazing women at a blogging conference across the country and sang Rick Springfield while sober. I’ve carried on a lively texting relationship with a man who lives in a neighboring state who might just be my doppelgänger. We have never met but sometimes he reads my mind and we finish each other’s sentences. Go figure, he’s a writer and editor. You’ve never seen such grammatically correct texting which, by the way, is a turn on. I’ve grown an accidental garden of cucumbers. I took a fiction class and wrote my first short story in a year. I penned an anonymous sex article for an online zine which shall remain nameless. I met another really nice boy who I liked a lot. He wined and dined me with smoked salmon and white wine in plastic stemmed cups on a mountain trail. I lost that boy out of fear – his, not mine. But that’s not to say I haven’t been afraid. 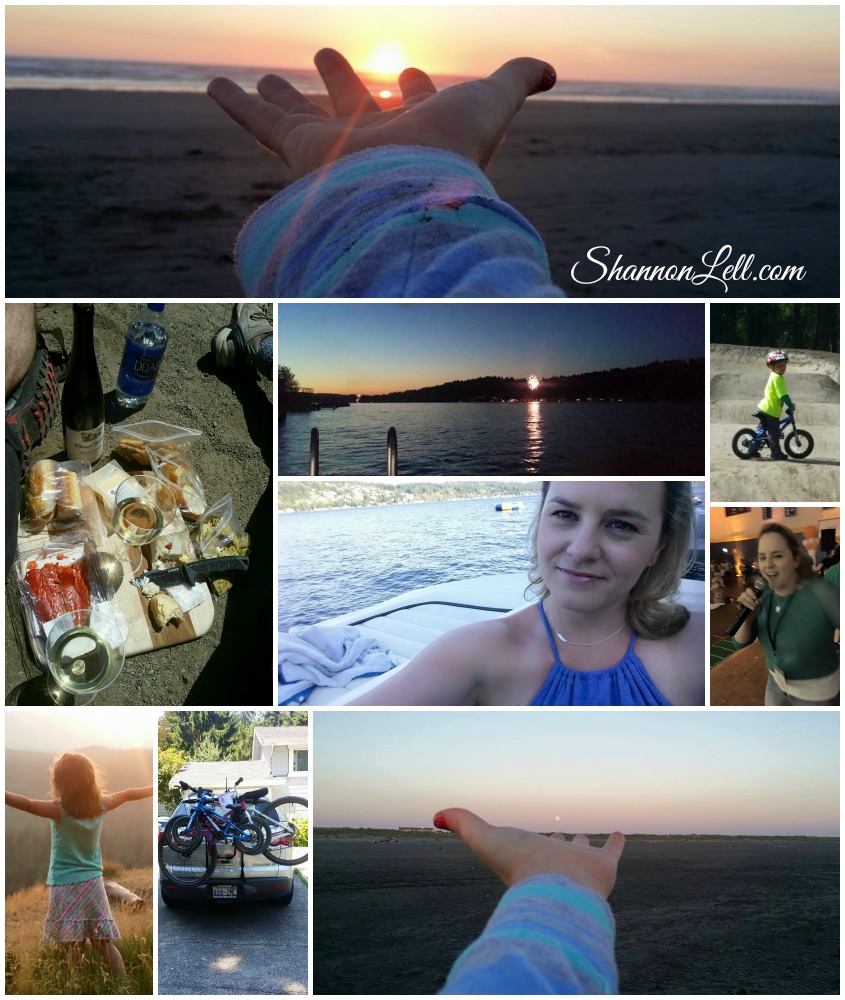 My fear, though, is right here on this page. I’ve been writing, but not much publicly. I’m bursting with stories, but I can’t get them out. It’s an achy, itchy sort of pain. I start, stop, then ignore, and live to tell more stories squashing the regret for the ones I neglected to get out which now seem stale.

But I can’t complain. I have no right. My life is pretty good now. Which on one hand, seems strange because the hole left by the explosion of my divorce is still hallowed ground. But it’s no longer smoking. And some things are much harder now. Like bills and missing my children. But overall, I still can’t complain. In fact, often times, I look around and can’t believe how stupidly contented I feel in spite of all that I have survived in the last six years with law suits, career moves, divorce and babies.

There are many reasons I feel content in the aftermath of such destruction, but the one that comes to mind is that I’ve settled my mind. For six years the space between my ears was its own battlefield. A constant stream of impossible choices: stay, go, fight, stand down, run, hide, pull out the big guns. And while in some areas, the battle rages on, I have managed to find peace. And that peace has come not by laying down my arms, but by accepting what has come to be.

Why? That is the question I have asked more times than my self-diagnosed ADD would allow me to count. Why did this happen? Why is this my life when I made so many good choices? Why can some people see themselves clearly and others die in search of? Why is addiction such a bitch? Why is it so damn hard to communicate when there are over a million words in the English language with an infinite amount of combinations? Why is love not enough? Why?

And I suppose the peace I have found is not in the answers to these questions – it is accepting that there are no answers. There has been one phenomenal shift in my life which I may never stop writing about and that is… nothing exists in this world without its opposite. There is no definition of light that doesn’t include dark. There is no truth without the lie. The full moon can rise at the same time the sun sets over the ocean. Both exist even when you can’t see them. Especially when you can’t see them.

And so I live with the hallowed ground and the hostile ex husband and the fear of writing and the contented joy of my wild garden and I let it all just be. I fight when I have to, I sit when I need to, I tend the fire inside which aches and itches and might burst any day. I keep asking questions and practice accepting the lack of answers. And with that, I have built a pretty good life.

So that’s where I’ve been. Living. Not perfectly. Not without mistakes and messes and missing pieces, but just letting it all be.

Also, regarding my absence from this space, a couple of months ago I was rattled by the power of what I do here by a few urgent messages from readers. One message, in particular, which I’ve neglected to answer, but the gist of which was… how? How do you live with the pain and uncertainty? How do you let go? How do you face the unimaginable?

I’m not entirely certain, Andrea, but I’ve come to understand that by expanding my view while narrowing my focus was crucial. I came to a point where I included all possibilities and explanations for the fucked up reasons life is fucked up, and yet, I held fast to my own, core truth. Now, I leave nothing out of the realm of possibility, but accept my own limitations. And I hold on. Often, for dear life. And I breathe. And now I know that one can haul around an excruciating amount of pain when you know that joy is riding shotgun. Nothing exists without its opposite and everything is, as always… temporary. Good luck. 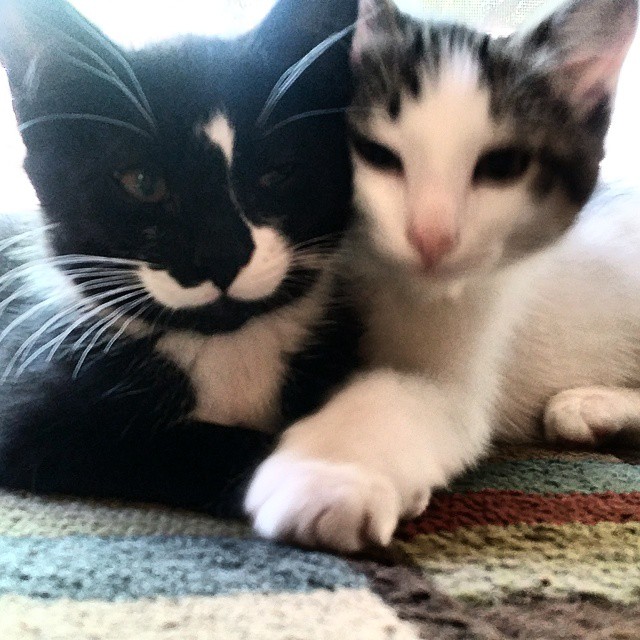 My yin and yang expressed in kittens. (Also known as, Alex, left and Benjamin, right.)